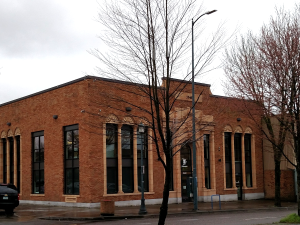 New home of Fishpeople on MLK at Russell

It all started at Cascade Head at the mouth of the Salmon River.  It is quite tricky to get to the three rocks past the spit on the other side of the river, but this is where Kipp Baratoff and Duncan Berry were sitting in 2012 when they came up with the idea for their business venture.  They were sitting on those rocks talking about the ocean, the fish and how sad they were with some of the complexities of the seafood industry. They wished the industry could connect better with consumers.  There in the “original boardroom” the idea for Fishpeople was born to transform the consumer’s relationship with the sea.